How do you rapidly grow a company that’s retracted thanks to the pandemic?

It’s a question that CTO Eric Schrock and other members of Jvion’s leadership were asking by the end of 2020.

Jvion started up in 2011. Their mission is to leverage AI to provide prescriptive analytics to healthcare companies. Organizations could use the data to assess risk and provide better services to patients.

Eric came onboard at Jvion just before the pandemic. Like many companies, they experienced a reduction in their workforce due to Covid, including their recruiter and head of human resources. By late 2020, they realized they had to backfill important positions and expand key roles to match the company’s growth. By then, they were left with minimal in-house resources to attract the good candidates they needed. 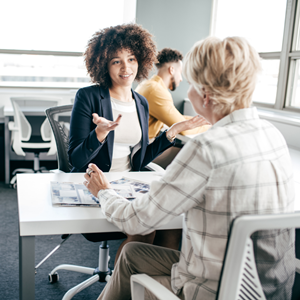 They decided to find an outside recruiting firm. Eric knew he didn’t want to waste time being some big firm’s anonymous client or have a recruiter that only cared about getting a commission check. His priority was to find a boutique recruiting company that would provide a personal touch, have great communication, and want to build a partnership. He’d met Josh years before and knew that Humans Doing would take care of Jvion’s hiring needs.

Their first mission was to grow their full stack engineering and data platform teams. Eric had geared himself up for several months of searching, but Josh and his team promised they could fill them quickly. Within five weeks, that promise was delivered on with offers accepted for all five roles by candidates that Humans Doing attracted and introduced to Jvion.

The second round of hiring was much trickier. Jvion knew they needed to expand their data science team, but that field is broad with many skill sets and required an understanding of the “nuance” of the job and skills needed. Even if they were highly proficient, many of the data scientists didn’t have what Eric and his team needed. The manager in charge of that team was brilliant at data science, but had only recently stepped into the leadership position. She wasn’t clear on exactly how to approach the recruiting process. Complicating it further, the field has been recently flooded with untested novices that decided to change careers during the pandemic. 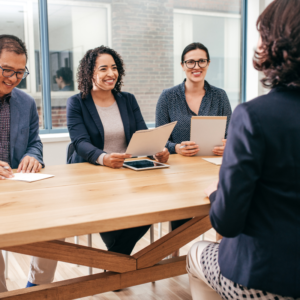 Despite it being a bumpy ride, Humans Doing was dedicated to providing ongoing guidance and presented a framework to help the first time manager identify the skill sets that Jvion needed most. They worked closely with Eric’s team to refine job descriptions and target skill levels that would attract top quality candidates. Once again, this resulted in a successful hire within weeks and great experience for everyone involved.

Jvion has continued to partner with Humans Doing to get the talent they need as they grow to 60 employees and beyond. Humans Doing’s team leveraged their excellent recruiting skills to provide a consultative partnership, spending the time to get to know the candidates and each role’s unique needs. They helped negotiations and decision making through critical insight into candidates’ feedback, motivations, and risks to ensure the hiring opportunity was great for everyone. Ultimately, they were able to expand their team with several high quality hires. That included a new senior data scientist that has already earned a role as Vice President of Engineering. 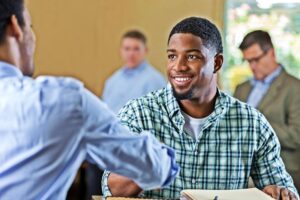 For Eric, what has made Humans Doing stand out is their ability to go after and understand the more complex or unusual roles. The easy hires are one thing, but being able to identify and attract unique candidates for senior positions or difficult roles is a vital service that can be hard to find among recruiting firms.

Eric also encourages companies that are struggling with recruiting to be cognizant of your own manager’s skills and abilities. If they’re more junior, manage it closely with Josh and his team to narrow down options, maintain communication, have oversight, and refine opportunities.

Jvion has continued to leverage RaaS (Recruiting as a Service) at Humans Doing to attract employees that are truly valuable, from diamonds in the rough or total rock stars.

Want to know what a RaaS subscription can do for your company’s growth? Let’s schedule time to talk today.

Humans Doing is an expert team of highly skilled recruiters specializing in filling critical tech and leadership positions for growing companies. Our greatest measure of success is the success of our clients and the candidates we place with them. We help people make great hiring and career decisions. Our team is ready to partner with you to find the right people for the right roles.

PrevPreviousLife is simple, until you add people
NextShould you write your own resume?Next