“Your actions speak so loudly, that I can’t hear a word you say.” ~Ralph Waldo Emerson

It was something my grandpa also used to say and it’s stuck with me all these years. We’ve all experienced someone trying to tell us something we need to hear; but, because of their actions, we don’t hear it. They are not doing what they are supposed to, doing it poorly, or creating a harmful environment for themselves or others. It’s hard to ‘hear’ what they are saying over what they are doing.

As a kid, I didn’t always understand this but, along the way, I learned that he meant that what I actually do is more impactful than what I say. That has implications for any kind of relationship, but let’s talk about what it specifically means in the work environment. 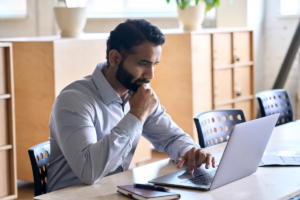 You may want to ask yourself: What am I doing that may be overpowering what I’m trying to say? Have you ever tried to help someone with a problem but feel that what you share falls on deaf ears? The problem may be your own actions are shouting louder than your words. Before we can approach others we need to make sure we’re dealing with the ‘planks’ in our own eyes before addressing the ‘specks’ in theirs. This is tough but if we want to grow and have a positive impact on others, it’s necessary.

I once had an underperforming team member who was a high performer at their last company but wasn’t measuring up at ours.  No matter what I said, they wouldn’t do the things needed to be successful. No matter how simple I made it for them. When we parted ways, they said something that was impactful to me. “I felt like all you cared about was my numbers and not about me”. While what I was saying to the person was valuable, my actions of not investing in them and understanding what was important to them, created an environment where that person didn’t have the nourishment to succeed as they had in past roles. This was a fail on my part leading them.

Engaging others to address issues is tough. What I’ve found is that when you lead with asking questions instead of assumptions, you usually get a better result. Genuinely caring about those who work for and with you always has a positive impact on performance and the happiness of everyone involved. 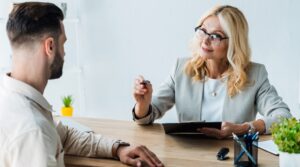 Here are a few simple conversation prompts that can open up a productive conversation with someone whose actions are problematic:

Occasionally you’ll find that when a valuable team member isn’t measuring up or becomes disruptive, they may be trying to share something valuable, but their actions are getting in the way of them being heard. It can be difficult to cut through that. Oftentimes, just spending a little time listening can make a big difference and lead to both the employee and the company to getting what they need by thoughtfully changing their actions.

Many people find it easier to change their actions more permanently when they feel heard and understood versus told what to do. 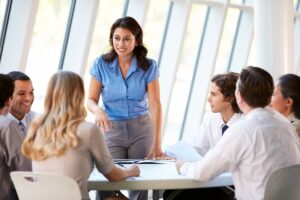 How can a manager or business leader deal with that kind of disconnect?

And now for something completely different….

This opportunity is very often missed so we have to talk about it.  Most teams will usually also include those good employees that aren’t prone to speaking up. They’re the reliable mid to high performers, often introverts that won’t boast or engage verbally. Though they’re providing high value to the company, they can often end up forgotten about and under appreciated. 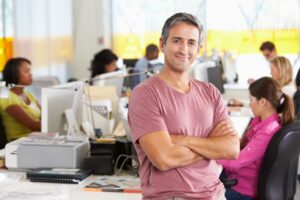 Investing in understanding individuals’ value as well as team’s value can pay high dividends. Understanding how individuals feel valued and appreciated can also give a huge return on your investment. Some may be motivated and feel appreciated by a bonus, others, from recognition, others from time off, learning opportunities, promotions, titles, etc. When dealing with people there is no one size fits all solution.  Are you adequately valuing the ones that are getting it done, not just talking about it? When we focus on listening to their actions, that provides opportunities to recognize them.

Just because they aren’t loud about it, doesn’t mean they aren’t craving appreciation for a job well done. If we don’t learn to provide that, they’ll eventually disengage. Either their contribution to the organization will decline, they’ll quit entirely, or worst case, they’ll stay and never reach their potential because we didn’t provide the nourishment and encouragement for them to become what they are capable of.

How can a manager or business leader celebrate the introverts?

At the end of the day, our actions speak louder than words. Look at the value of what someone is doing and commit to learning why they are saying what they are saying even when their actions are louder. Whether you’re a leader or an individual contributor, you can have a very significant impact on your team by investing in and appreciating those around you. Ironically by doing these things others will appreciate, trust, and invest more in you because you are doing these things proactively.